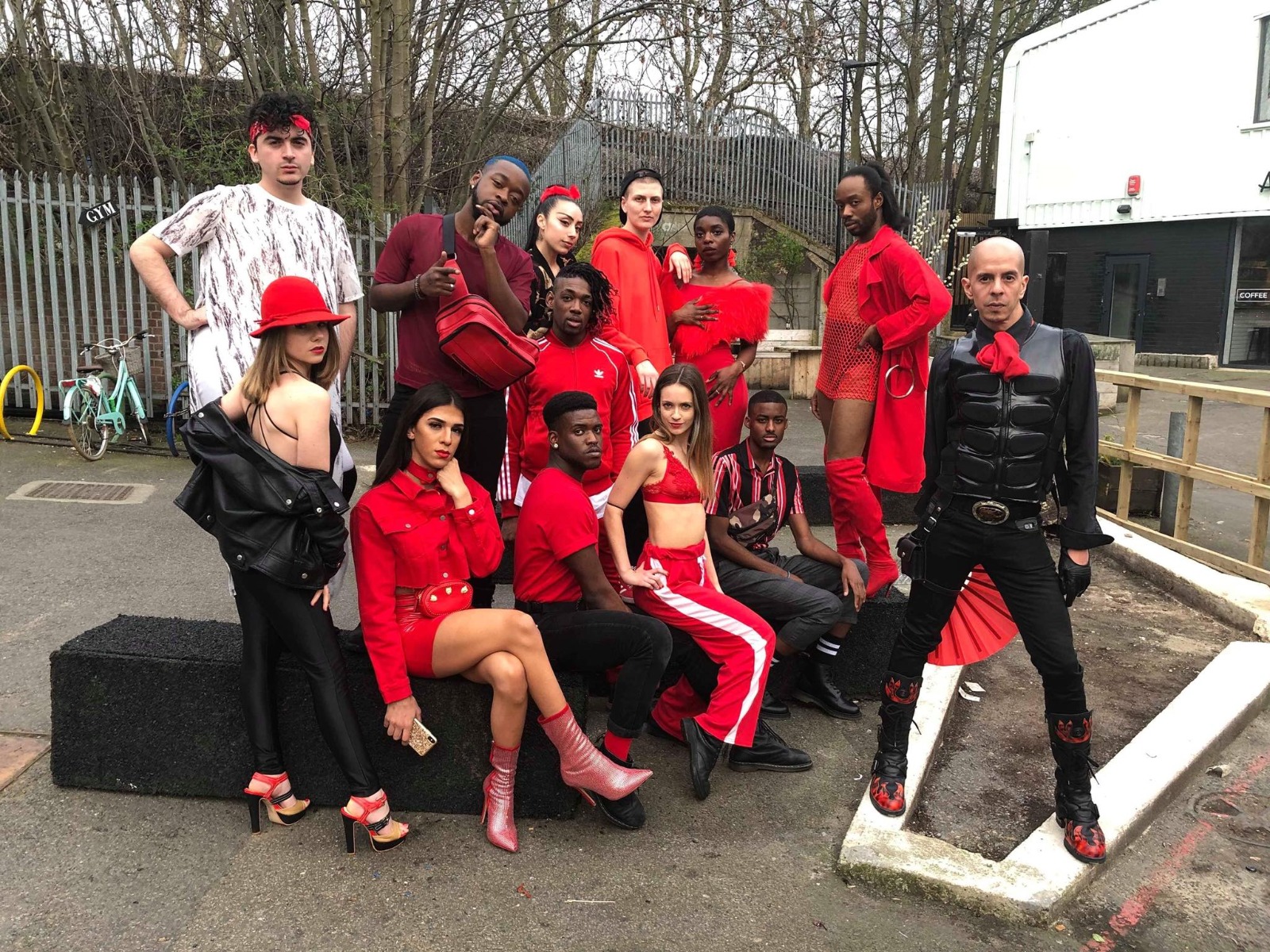 Hi! My name is Melody, and I am a part of Venopi. I identify as she/her and am a proud #ally of the LGBTQIA+ community. I heard many struggling stories from the LGBTQIA+ community. How some families choose not to accept them and how they have to deal with hatred from the people around them. Most people don't even know them personally, and violence is not uncommon.

Today I am super excited to talk with Isabell (she/her) from the land that masters pop music! Yes, Sweden!

Isabell has been part of the Voguing community since 2015 and used to belong to the House of Revlon. Let's get this started! 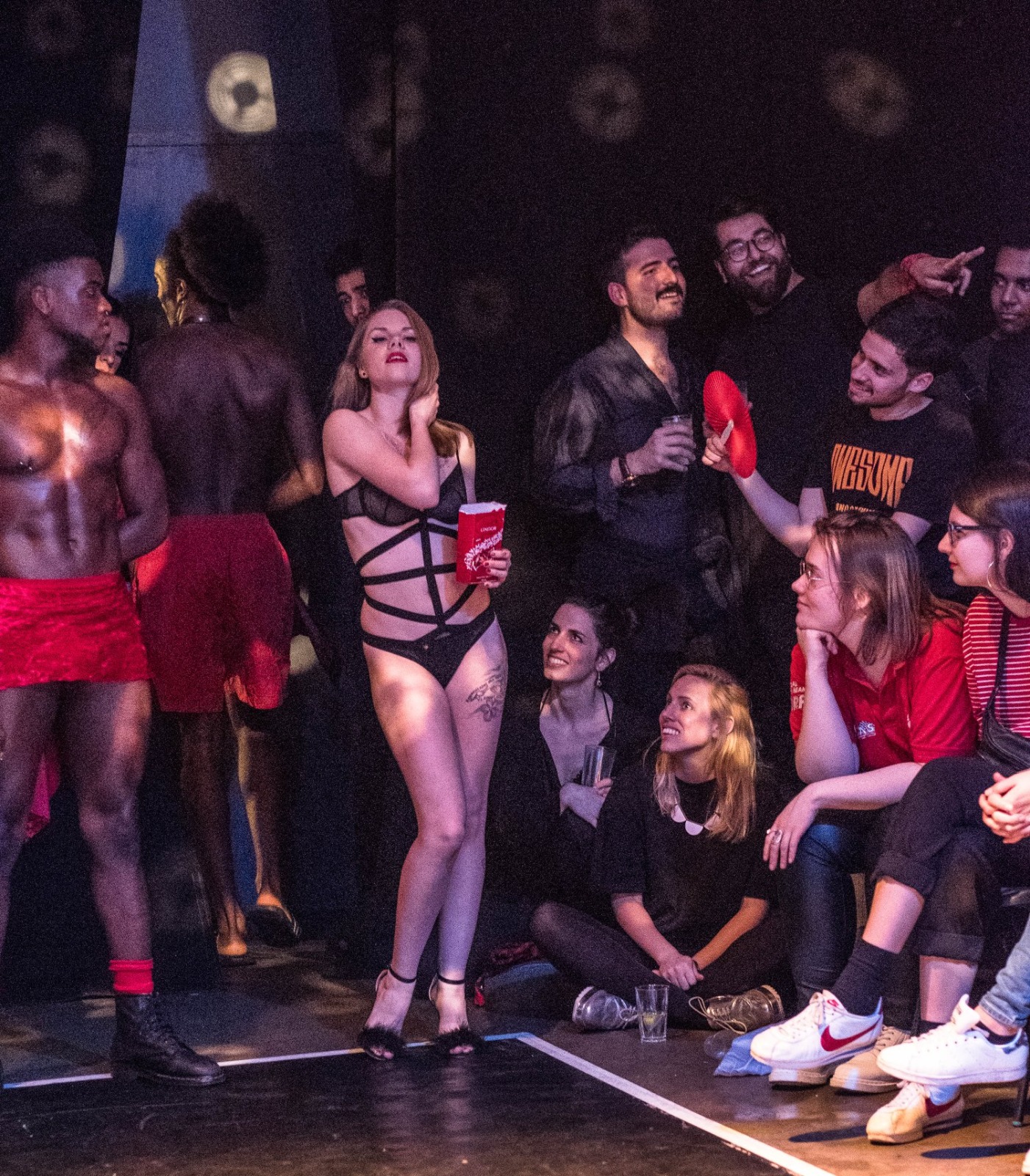 What does voguing mean to you?

For me, Voguing means "family". When I joined the House of Revlon, I learned that the Voguing and the Ballroom scene initially began with LGBTQIA+ kids being kicked out of their families and having nowhere to go. The houses become their families, such as mothers, fathers, uncles, aunties, etc.

Fortunately, my parents accepted my sexuality and identity, but I cannot deny how much love, connection and warmth I had felt being a part of the House of Revlon. They provide a safety net for us to become who we are, and their supports encourage us to blossom.

How did you get into voguing?

I got into Voguing when I lived in Stockholm. My background is in dancing, and I had some dancer friends who happened to be involved in the voguing scene. I used to compete in the Vogue Femme category as a 007 (what is 007?! keep reading) before being officially welcomed into the House of Revlon. In the House of Revlon, I competed in the Sex Sirens category.

The support system. To have the people you trust and feel comfortable with; supporting and surrounding you is a privilege.

Even though we're in the different houses competing against each other on the dancefloor, outside the "battlefield", we have a united front against the society that discriminates and pushes down the LGBTQIA+ community.

My struggles are different as a white, cis, and straight passing woman. However, I could see how LGBTQIA+ people, especially minorities, struggle to find their place and equilibrium in society. I experience it closely being married to a minority non-binary person.

In Voguing, everyone gets a chance to shine and become a star. Forget about the outside world and dance! It is also very cool to see the creativity and efforts the houses put in pre, during and post their performances. They put so many hours into choreographing, training, designing and making their outfits. You can expect full-blown-up performances. It's a devotion! Every time I got mindblown!

This is more of a funny question; what is your favourite house?

House of Revlon, of course! They are undeniable! _laughs_

I was one of the mothers of the House of Revlon, Dutch chapter, together with Savphire Angels Revlon. Savphire Revlon is still very active in the scene, but I had taken a break because I was super busy working on my bakery company. Now, my excuse is that I live in the middle of nowhere in the north of Sweden with my dogs and soulmate.

House of Revlon in London

Ah, I love that. As the mother of a house, what do you do? What is your role?

It's very straightforward. As a mother, you must ensure that your "children" are well taken care of. So Savi (nickname of Savphire Revlon) and I made sure that everyone in the Dutch chapter was doing well.

We checked in on them, helped organise some training and ensured everyone was ready for the competitions. It's not just about competition and training, of course. We also talked about love, crushes, struggles with school, housing issues and anything else they feel comfortable sharing with us. Anything we could do to help, we would go the extra mile or two.

Do you have any tips for someone who wants to join the voguing community? Or if someone is looking for a house?

To join the community, you must start going to the Balls. Being social definitely helps! The good news is that usually, it's a small community where everyone knows everyone. So be mindful and respectful because your reputation can spread rapidly. That's the bad news if you are shady, by the way.

Roughly speaking, there are two kinds of Balls: the Kiki ball and The Ball. Kiki is a ballroom term, meaning fun and light. Kiki houses and Kiki balls are less competitive versions of the ballroom scene. It is a great place to start.

If your goal is to belong to a house, then practise - practise - practise and get to know people in the scene. Be so good that the mothers or fathers of the houses notice you. You will probably get asked if they can see that you are evolving!

You could do both — but of course, naturally, I'd recommend starting with the Kiki balls, or else you would get chopped* by the juries. There are some skillsets you need to master to compete at the Ballroom level.

However, if you have been practising and are confident that you know what you are doing, you can compete at both levels. You would be called a "double-o-seven", the name used for performers who are free agents in the community. And btw, it's not uncommon for houses to recruit "007's", so make sure to give it all during competitions consistently ;)

* CHOP Being cut from a category. Getting chopped means you will not advance to the next round of that category

How did joining a house help you physically or mentally, and how did it help you evolve?

It helped me tremendously because the support system was so genuine. It felt like you discovered an extended family you had just found out about.

In the beginning, the instant family feeling can be a challenge, as with everything in the family. Still, you get the sense of "I got your back" practically from everyone, which was very comforting.

When I first joined the House of Revlon, I was deeply in depression, with some very dark episodes.
It helped me a lot to live my life without shame or the need to explain, and I could be who I am around them. Although we just met, we connected quickly because we were all can be vulnerable to each other.

Being vulnerable is not a sense of weakness at all. The truth is, even the least traumatised LGBTQIA+ person still has trauma. So we have that in common; thus, even though we did not grow up together, we still have this bond of going through life and finding safer spaces in society.

How do you feel about Voguing becoming more mainstream?

It is a tricky question. There are a lot of conversations about this in the ballroom community.

Many people who are not involved in the ballroom scene, including LGBTQIA+ people, think that the word "Vogue" or "Voguing" is related to Madonna or a magazine. Great shows, like Pose, have helped the public to understand more about the history of Voguing, which is a great thing!

It is great because all these marginalised groups of people, the underdog of society, who have been struggling their whole lives - suddenly taste a glimpse of understanding, acceptance, and being seen by society.

I've seen some transgender women in our community who had been struggling to get jobs finally have their chances to build their careers due to the Ballroom becoming mainstream.

These people have struggled much more than I have ever had to. Although I am queer person, I am a straight-passing queer person. I am so proud and happy that they finally have their chance to become their fullest potential by doing what they love.

On the other hand, you also start seeing some rando straight dancers who don't know the history nor have the background similarities with the people in the ballroom scene. They take the dance moves and start teaching workshops as a dance style, not as a culture or family.

They earn money from these workshops when they're not really in the community. I personally think it should be for the people in the ballroom community. So it's a double-edged sword, but I believe the good outweighs the bad.

Speaking with Isabell gave me a lot of insight into the voguing community and, more importantly, how voguing helps the LGBTQIA+ community.

Thank you for sharing, Isabell! ❤

Are you LGBTQIA+ event professionals or Allies?

We are a part of the LGBTQIA+ community. We understand the importance of being included in the narrative and how hard it is to find and connect with event professionals aware of the things that matter to us. Venopi's mission is to improve the event ecosystem in the LGBTQIA+ community through collaboration, digitalization, and smart work.