The Damiate Band Haarlem, founded in 1948, is a corps style marching band that combines music and show with a lot of guts. The ambitious music association with over 80 members consists of a youth department and an adult show corps (from 16 years old.

The band consists of the following sections:
Brass (brass group):
consisting of trumpet...

The Damiate Band Haarlem, founded in 1948, is a corps style marching band that combines music and show with a lot of guts. The ambitious music association with over 80 members consists of a youth department and an adult show corps (from 16 years old.

The band consists of the following sections:
Brass (brass group):
consisting of trumpets, alto and tenor saxes, baritones, trombones and basses.
Percussion (percussion group): snares, quints, bass drums and cymbals
Visual group: This is a group that uses baton, flag, saber and other materials. In the show they support the music and visualize the program. At performances this group consists of a colorguard and a twirl group.

The repertoire of the Damiate Band is very varied and consists of film and pop music, but also a traditional march or chorale.

Every two years a new show is rehearsed, which is written especially for the band. The music is also custom-arranged for the show, creating a total product that is completely attuned to each other

The instruction of the Damiate Band Haarlem is given by certified falcon instructors.

Instruction of the youth department Jong Damiate Haarlem is provided by volunteers, who are usually members of the Damiate Band Haarlem. Performances take place all over Europe. Of course Damiate can also be seen regularly within the national borders on tattoos or at various show parades. Damiate also regularly participates in competitions. Within her own city limits, Damiate can always be seen at the flower parade of the Bollenstreek, the entry of the Haarlem four-day evening and the traditional March of the Musicians. Naturally, Damiate also accompanies the arrival of Sinterklaas, various Queen's Day festivities, etc.

Every year, the youth and show corps provide a lot of performances and about 350,000 people see Damiate in action in one way or another.

Damiate has access to an excellent club building: the Youth House on the Pijnboomstraat. Jong Damiate has rehearsals there every Friday evening and the Damiate Band rehearses on Monday evenings. In addition, there are regular show rehearsals at other times in a sports hall or, weather permitting, in the open air. The Damiate Band has many long-term memberships. A 10-year membership is a regular occurrence and a 25-year membership is no exception. No fewer than two members have achieved 40-year membership in the history of our association. Her Majesty was pleased to distinguish them for this. Both were allowed to receive the decorations from the hands of the mayor of Haarlem at the time, Mr. Pop. In short, Damiate is something that binds people! 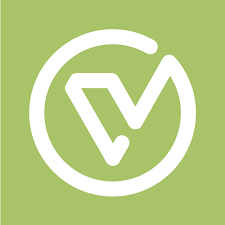 Added by the community


Is this your business? Claim your business to immediately update business information, respond to reviews, and more! Claim this business
Request a Quotation