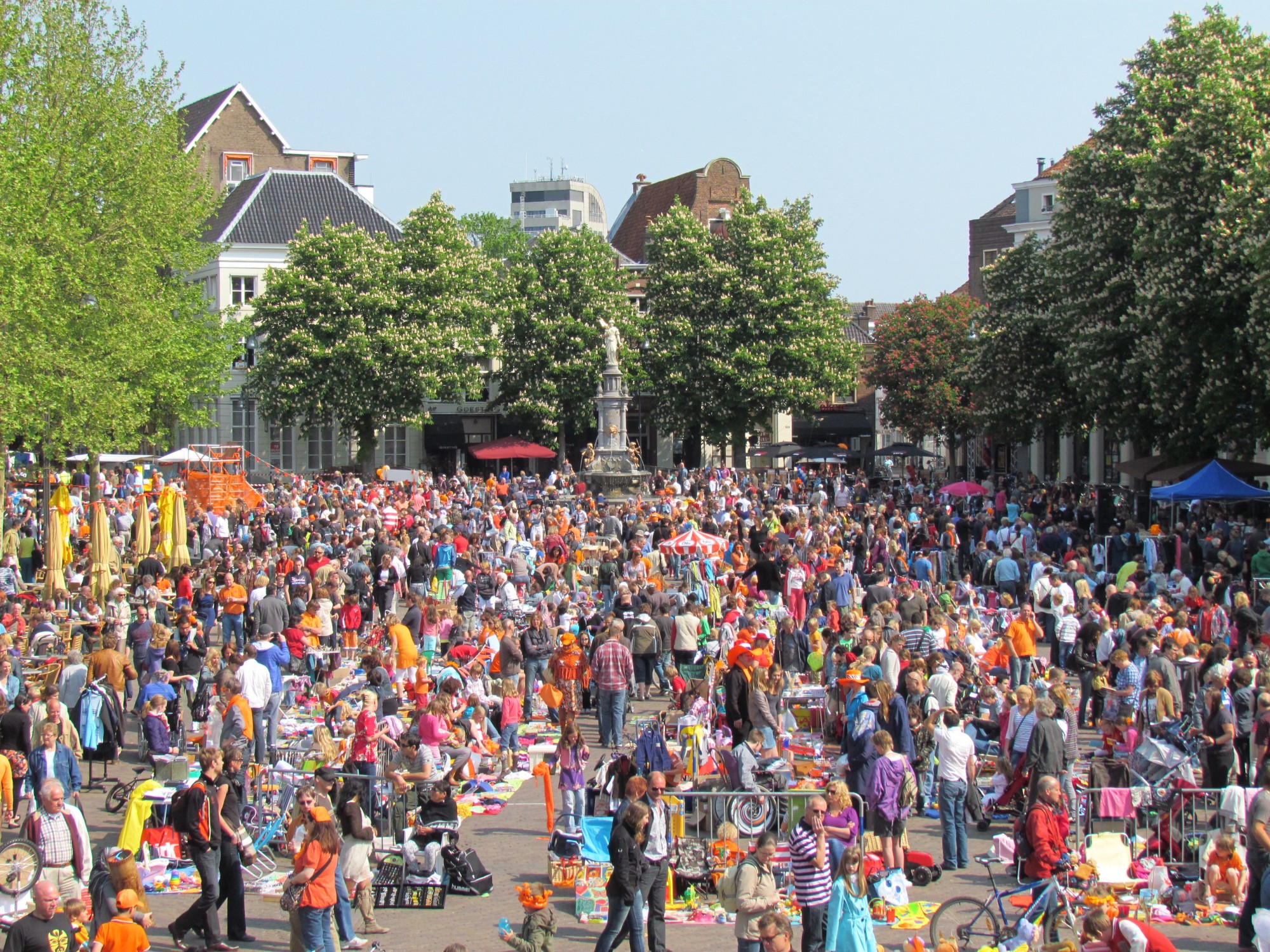 Many people celebrate King’s day but not necessarily know the story or (fun) facts behind the celebration. On this blog post I’d like to share 7 facts of one of the most celebrated days in the Netherlands!

This is how it all started…

Back in 1880s, King William III of the Netherlands was unpopular and disliked by the people. Luckily, his four-year-old daughter, Princess Wilhelmina, was not. So what could be a better way of promoting national unity than a party?

On 31 August 1885, Wilhelmina’s fifth birthday, was the first Queen’s day ever. The young princess was paraded through the streets, waving to the crowds for patriotic celebration and national reconciliation.

Queen Wilhelmina was inaugurated in 1885 and since then has been succeeded by her daughter and then granddaughter (Beatrix).

On 30 April 2013, Queen’s Day, Willem-Alexander succeeded his mother Beatrix and became the first King of the Netherlands in 123 years!

I still remember the day I practiced the word Koningdag (King’s day) instead of Koninginnedag (Queen’s day).

The party started on King’s Night!

The evening before the King’s Day, the party already starts. Some people party all night long and continue till the next day (King’s Day).

PS: If the 27th of April falls on Sunday, the King’s Day celebration will be held the day before, on Saturday.

King’s Day is the one day a year you can sell stuff, drink, and smoke in public.

It sounds insane, but it’s true. On top of that, there are approximately 250,0000 people arrive in Amsterdam by train on King’s Day. So be prepared and plan ahead. During this day, people are partying like crazy on the street. It’s borderline dangerous sometimes, but hey! What happens on King’s day stays on King’s day.

PS: Be responsible. Don’t do anything that could hurt others.

For families or people who don’t feel like partying on the canals or do something, they might regret the next morning. They could walk around the city and explore the one-day flea market. This flea market is not only happening in Amsterdam by the way. It’s also happening in other cities such as Haarlem, Utrecht, Rotterdam, etc.

TIPS: If you happen to be in Amsterdam, go to Vondelpark early in the morning!

Everyone wears orange, so should you! “Orange” is the Dutch royal family name: The House of Orange-Nassau. As a result, it has become The Netherland’s national colour. On King’s day, people wear anything orange. From T-shirt, pants, bracelets, earrings, hair… They even eat orange tompouce.

Fun fact: There’s a whopping 600% increase in tompouce sales on King’s Day compared to any other day.

2020 was not the first event to be cancelled.

Back in 2001, the Queen visits to Hoogeveen and Meppel were postponed due to an outbreak of foot-and-mouth disease.

In 2009, the visit event in Apeldoorn was also cancelled due to an attack by a 38-year-old man, Karst Tates. Seven people were killed, and further celebrations were cancelled.

In 2013, Queen Beatrix announced her abdication on 30 April 2013 in favour of her son, Willem-Alexander. The Royal family’s visits to De Rijp and Amstelveen were cancelled, but Koninginnedag 2013 was still celebrated throughout the country.

I must admit that I shamelessly enjoy the quietness of this year’s King’s day. Since there’s nothing we can do but to accept the situation, let’s focus on the positives instead of what we’re missing out on.

No vandalism, fights, streets filled with empty bottles, cans, or other trash. I hope this could be a learning process for the next years events. To create a healthy mix of celebration, safety, and respect.

How did you celebrate your King’s day?